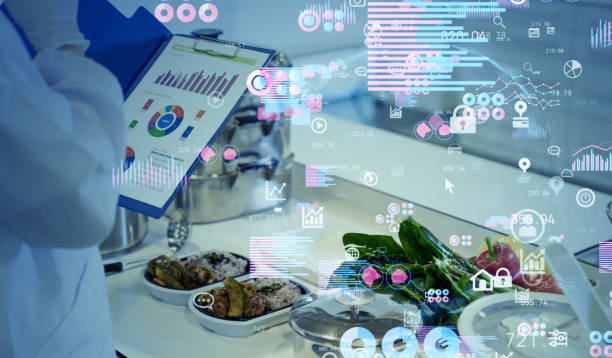 The cost of food has undoubtedly increased over the past year, and this trend will continue as we approach 2023. However, there have also been developments in plant-based products, the reduction of food waste, and functional foods and beverages that may give everyone something to look forward to in the coming year.

According to research from the U.S. Department of Agriculture, food costs will continue to rise above historical average rates even though they won’t increase at the startling rate they did in 2022, which was as much as 12 percent (USDA). Moreover, given that eating out is more expensive than cooking at home, more individuals will likely do so, given that, on average, The NPD Group, a market research company, estimates that eating out costs more than three times as much.

It also entails trying to find ways to cut costs on groceries. According to Kennedy, many people will need to hunt for affordable choices to stick to a budget, especially those with larger families. As a result, consumers will pay more attention to where they spend their money on food. In addition, cheaper protein options, such as tinned fish, canned beans, and legumes, can gain popularity at the expense of more expensive cuts of meat.

Related: 4 Ways to Improve the Sustainability of Your Eating Behavior

Expect to see even less meat in the coming year. Research in Progressive Grocer shows 27% of individuals prefer to eat less meat. As a result, there is a lot of interest in healthier alternatives. The Good Food Institute (GFI) claimed that sales of plant-based foods increased three times faster than those of other foods in March 2022. (PDF).

Burgers are the most popular plant-based meat product, but the GFI notes that producers are also increasing their production of sausage links, patties, chicken nuggets, tenders, and cutlets. The market for plant-based seafood is still limited, but it is expanding. Konscious Foods, a company formed by the same businessman who founded the meatless burger company Gardein, offers the first frozen vegan sushi and onigiri.

The first sale of cultured meat, often known as meat created in a lab, was approved by the American Food and Drug Administration (FDA) in late 2022. Although the USDA must approve the product before it can be sold, it likely happens within the following year. By using its meat instead of conventionally farmed chicken, the producer, Upside Foods, seeks to lessen the adverse effects of chicken farming on the environment and the industry’s ethics.

In the case of lab-grown meat, producers take cells from an animal and use them to grow hearts. Although there is no need to harm animals, it is biologically identical to animal flesh. Since it doesn’t produce methane like grazing animals, eating meat may have a lower carbon footprint. Additionally, it is less likely to spread diseases that can be contracted from eating animal products.

Compared to conventional foods, these foods may provide people with the ability to combat climate change, avoid antibiotics and undesired chemicals in meat, and gain more functional benefits from their diet. However, Taub-Dix notes that whether the goods live up to their advertised claims needs to be clarified.

Regardless of cost, taste, or availability, Americans still don’t consume enough healthful foods, so producers are working to find solutions. For example, Taub-Dix forecasts an increase in the consumption of canned fish, including less common options like mackerel, clams, and sardines, as well as tried-and-true favorites like canned tuna and salmon. “Tinned fish is one of the least expensive types of protein you can buy, it has a long shelf life, and it’s a terrific source of lean protein and omega-3 fatty acids,” she explains.

These products, known as conserves in Europe, have been widely consumed for a long time. Now, manufacturers like Fishwife, Bela, and Jose Gourmet are attempting to appeal to the American market by creating goods with appealing visual appeal and packaging.

Another expanding category to assist non-fish lovers in obtaining their daily dose of omega-3s is “greens from the sea.” According to Whole Foods Market, sea greens are available as a supplement and an ingredient in packaged foods like crackers and noodles.

The Specialty Food Association states that while the war on sugar continues, more people are switching to natural sweeteners as they become more aware of the problems associated with artificial sweeteners. That entails consuming less ultra-processed and more healthy foods to satisfy sweet desires. Maple syrup, coconut sugar, fruit juices, honey, and monk fruit are natural sweeteners. According to Whole Foods Market, dates and items produced from them are expected to become particularly well-liked due to a 2022 TikTok video that went viral and demonstrated how to utilize dates to create a sweet confection in the style of a candy bar. Numerous products, from hot sauce to baked delicacies, are sweetened with dates, including date syrup, date sugar, and date sugar.

PrevPrevious4 Ways to Improve the Sustainability of Your Eating Behavior
NextDietary Supplements: What You Need to KnowNext