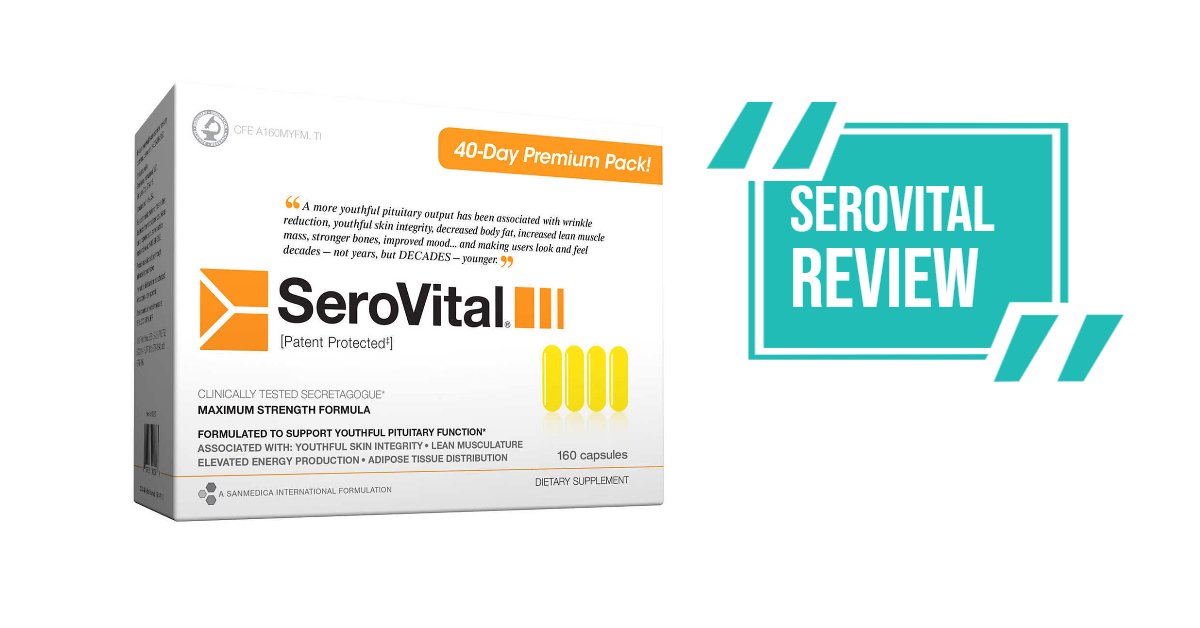 Serovital is a line of vitamins and topicals for women over 45 who want to improve their skin and hair while reducing the effects of aging. In this SeroVital review, we’ll concentrate on the flagship product HGH Complex, an anti-aging compound that comes in capsule form. The product works by boosting HGH (human growth hormone), a hormone whose production declines with aging.

This amino acid mix claims to protect the skin and hair from the ravages of aging. It helps raise the levels of the human growth hormone by using natural ingredients in a patented recipe. SeroVital, according to their claims, can boost HGH levels by 682 percent.

SeroVital is designed specifically for women in their mid-40s who wish to seem revitalized, invigorated, and younger. SeroVital for males can also be used. In fact, both men and women participated in the SeroVital review clinical research.

The idea of human growth hormone as a “miracle” drug for reversing the effects of aging is not new. Synthetic HGH is administered through injections to those who believe it helps strengthen lean muscle, boost blood flow in the skin, and stimulate collagen formation, among other things.

These HGH injections are contentious because they could be used to gain an unfair competitive edge. Furthermore, they are costly and difficult to procure. Companies like SanMedica InternationalTM, the maker and promoter of SeroVital, believe that by combining the right amino acids and natural components, you can stimulate your body to keep growth hormone levels above the age-appropriate level.

They refer to this as the “wonder hormone,” despite the lack of scientific evidence to support these claims. However, there is evidence that some of the components in SeroVital can assist the pituitary gland produce more HGH. However, having higher-than-average HGH levels in your body has adverse effects, including cancer and cardiovascular problems, according to research.

This is a necessary amino acid for muscle protein synthesis, stress reduction, and calcium absorption. It also aids in the healing of sports injuries and surgery. This substance aids in the creation of collagen, which can be used for skin rejuvenation. This chemical is required by the human body in the amount of 1 gram each day.

L-arginine has been shown to boost HGH production in recent research. The majority of this research shows that just one amino acid can boost hormone synthesis by 100%. This one’s recommended daily dose is 5-9 g. L-arginine may also help to improve metabolic and vascular function.

Another amino acid aids in the prevention of the oxidative process that causes aging. It can also aid in the metabolic process and memory enhancement.

N-acetylcysteine (NAC) has not been clinically demonstrated to have any medicinal effects. It is commonly used as a mucolytic (mucus loosener) and antioxidant.

It is the most abundant amino acid in the blood and has anti-inflammatory properties. It also promotes cell regeneration and may have skin-beneficial properties

Schizonepeta tenuifolia is a catnip-family plant that has traditionally been used in Chinese medicine to cure colds and fevers. The powder has a euphoric impact, which improves mood and vitality.

What Are the Side Effects of SeroVital HGH?

SeroVital HGH, according to the manufacturer’s claims, has no negative side effects. This allegation, however, cannot be totally trusted.

Long-term use of this supplement may result in a few negative effects. SeroVital HGH may cause the following adverse effects: