4 Ways to Improve the Sustainability of Your Eating Behavior 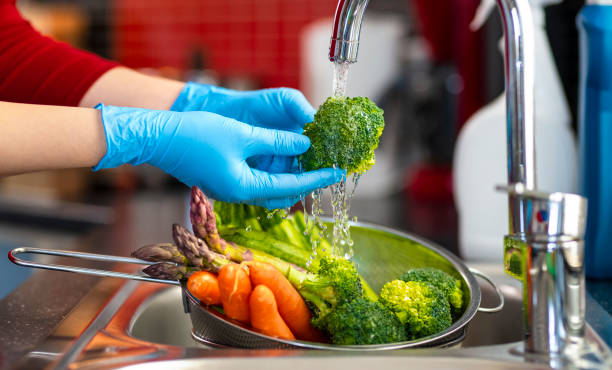 You’re doing your health a favor by choosing plant-based foods. However, did you realize that the planet is also grateful to you?

According to research, many foods that are the worst for the environment and the health of humans are also among the worst for climate change and the extinction of animal and plant species worldwide.

As the lead author of an article that was published in November 2019 in Proceedings of the National Academy of Sciences, Michael Clark, Ph.D., a researcher at the University of Oxford in the United Kingdom, says, “Choosing a better, more sustainable diet is one of the main ways people can improve their health and help protect the environment” (PNAS).

Make the Red Variety of Meat the one you Exclude from your Diet.

According to the PNAS study, the production of red meat, mostly beef, and lamb, has the largest adverse effects on the top five environmental indicators, including greenhouse gas emissions, the deterioration of soil and water resources, and the disruption of ecosystems.

The PNAS study suggests that replacing red meat with high-quality plant protein is ideal, but occasionally choosing red meat would be an upgrade.

Healthy Lentils are a Good Source of Plant-Based Protein.

According to the Harvard T.H. Chan School of Public Health, plant foods like beans, peas, and lentils are among the healthiest meals available and can easily replace animal protein. Legumes are also referred to as a win-win crop for agricultural sustainability in a study published in May 2016 in Frontiers in Plant Science.

According to the Harvard T.H. Chan School of Public Health, beans may help prevent some cancers and heart disease because they contain plant protein, fiber, a crucial ingredient that most Americans don’t get enough of, and B vitamins.

As long as they are minimally processed and unprocessed, cereals and grains are unsung heroes and score highly for health and environmental benefits. According to Lilian Cheung, RD, head of health promotion and communication at the Harvard T.H. Chan School of Public Health, “Whole grains offer considerably more benefits to our bodies than processed grains, which are stripped of important nutrients.” According to Cheung, whole grains contain antioxidants that assist the body in fending against disease and fiber, B vitamins, minerals, and protein.

Cut Cheese From Your Diet, or at the Very Least, Select It Carefully

The third greatest source of greenhouse gas emissions after lamb and cattle is cheese, according to the EWG. Due in part to the fact that these meals come from ruminant animals, which according to the EWG, emit methane, a greenhouse gas 25 times more potent than carbon dioxide, these foods have the highest emissions. In addition, due to the large amount of milk needed to produce 1 pound of hard cheese, cheese has a high carbon footprint.

Suppose you’re not ready to give up cheese. In that case, the NRDC advises choosing locally produced varieties to reduce transportation emissions, buying organic goods to avoid using chemical pesticides and fertilizers, and going for less-dense options like cottage cheese that require less milk to manufacture.