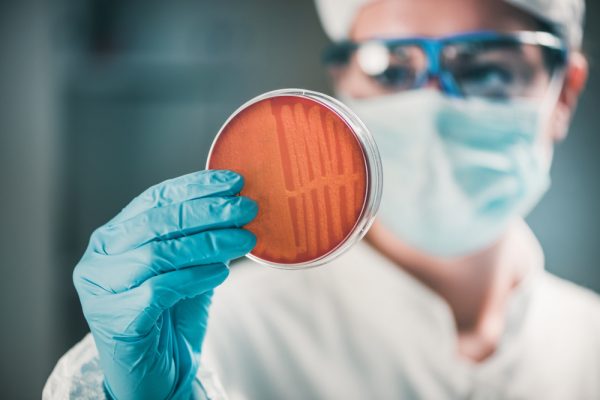 Antibiotic resistance is giving rise to a class of bacteria now labeled “superbugs”. These common bacteria have developed resistance to just about all antibiotics currently on the market, making them almost impossible to treat. Common infections like staphylococcus aureus, tuberculosis, gonorrhoeae, helicobacter pylori and clostridium difficile are some of the most common. While most of these infections can still be treated, often times we are dependent on just one type of antibiotic that is still effective. If the bacteria were to develop resistance to that last antibiotic, then treatment would be impossible. In other cases, we are just starting to see disturbing trends in resistance as the infection is still manageable, but getting harder to control. This topic has been thrust to the forefront of public health discussions around the world due to the massive implications on healthcare. Not only will antibiotic resistance lead to the inability to control infections that could be very damaging or life threating, but experts believe it could throw medicine back into the dark ages.

While this statement may seem dramatic, there are some alarming realities that need to be considered. First of all, most of these antibiotic resistant infections are contracted in a hospital setting. The overuse of anti-microbial soap, high usage of antibiotics and close quarters make hospitals a breeding ground for these superbugs. Now, consider how many life-saving procedures and surgeries are done in a hospital setting. Acquiring an antibiotic resistant bacterial infection would result in major complications and possibly death for many people that undergo surgery. It truly would be the Dark Ages of medicine if these antibiotic resistant superbugs prevented doctors from being able to perform some of the most important, lifesaving medical procedures.

How do these superbugs develop? We know that antibiotic resistant bacteria have been around for a long time. Bacteria have very short life cycles, they can divide and reproduce within minutes, and as a result they have many chances to adapt to the environment around them. One simple shift in the DNA of a bacteria can result in resistance and once that DNA shift occurs, then bacteria can pass that piece of DNA information along to other bacteria via a DNA sharing mechanisms called a plasmid. It then becomes part of the new strain and resistance is born. The more frequently antibiotics are used, the more likely the bacteria will have a mutation that results in resistance. This is why the phenomenon of resistance is directly correlated to increased use of antibiotics. But here is the surprising part, the use of antibiotics in humans might not be the cause of the sharp rise in resistant bacteria.

For many years, guidelines for doctors that prescribe the most antibiotics have been shifting due to the rise in resistance. For example, pediatricians were encouraged to delay the administration of antibiotics for common childhood illness, like ear infections, if possible. Since these infections are usually self- limiting, and often caused by viral infections, it seemed like a viable avenue to explore in curtailing the overuse of antibiotics. Other health professionals received similar messaging and there has been an overall shift in medicine when it comes to using antibiotics more judiciously.  But here is the surprise, research shows that antibiotic resistance is driven more by animals than humans!

Shortly after the discovery of antibiotics, farmers figured out that giving animals low doses of antibiotics in their feed helped them to grow faster and reduced disease in the typically poor living conditions in which these animals are raised. As time progressed, animal farmers continued to increase routine antibiotic administration to healthy animals to increase profits by helping them grow faster and get sick less often. In 2015 (the most recent FDA data available) farmers used 34.3 million pounds of antibiotics for animals. By comparison, humans were estimated to use only 7.7 million pounds. That is roughly 4.5x more antibiotics used in mostly healthy animals vs. humans. Data going all the way back to the 1960’s show that these practices lead to increases in drug-resistant infections. Efforts by the FDA to ban the routine administration of antibiotics to healthy animals dates back to the 1970’s, however the agriculture and pharmaceutical lobby were always too strong and politics and profits have prevailed over common sense for the last 40 years. Europe successfully banned this practice in animals in eleven years ago.

However, the tide is slowly changing. As of January 1st 2017, the FDA is enforcing new rules to reduce the routine administration of antibiotics in farm animals. Unfortunately, due to the strong influence of the agriculture and pharmaceutical lobby, the rule falls short of the standards set in other developed areas of the world that completely ban the practice. Farmers around the world are still permitted to use antibiotics for sick animals at their discretion and US farmers can still use antibiotics for treating illness. While many are concerned that various loopholes exist to allow farmers around the rules (a practice that happened in Europe after the ban in 2006), the new regulations restrict farmers from being able to order antibiotics from feed stores and the internet and put control in the hands of veterinarians.

What Antibiotics Do to Animals and Humans

It is worth taking a minute to explore why farmers routinely administer antibiotics to livestock. As mentioned previously, one of the side effects of this practice is that the animals grow faster and become larger. This brings up a curious question since antibiotics are not typically thought of as a growth promoter. In humans, research has shown that babies born via caesarian section have a higher risk of obesity later in life. What do these two seemingly unrelated issues have in common? The answer is gut bacteria. Long term, low doses of antibiotics significantly shift the microflora of the animal’s digestive tract. Extensive research has shown that unfavorable changes in gut microflora increase risk for diabetes and obesity. We greatly underestimate the role of the microflora in our gut as it relates to our health. Most people, can understand how gut flora may impact digestive function and conditions like irritable bowel syndrome, but the role they play in other conditions related to mood, diabetes and body mass index is rarely considered. Babies born via c-section do not get the normal exposure to the microflora of the birth canal (the same flora in the digestive system) and therefore tend to have a population of microflora in the digestive system that is considered less favorable. This is thought to explain the increased rates of obesity later in life.

While this conversation does not apply directly to the problem of superbugs, it is worth understanding to highlight the importance of the gut microflora in many aspects of health and wellness. The fact that farmers rely on daily administration of antibiotics to shift the animal’s microflora and therefore promote weight gain is an important lesson for our culture to understand. 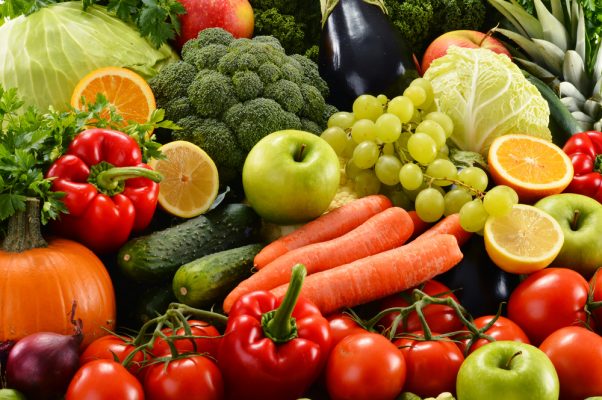 Eating a diet rich in fruits and vegetables is the best way to support a healthy microflora. Food can bring about beneficial changes to the bacterial balance in our gut within twenty-four hours. Eating a diet rich in sugar, carbohydrates and processed food brings about the same changes observed in gut microflora that occurs with antibiotic administration. Diets primarily focused on meat products also tend to shift the microflora towards an unfavorable balance, while vegetable-rich diets promote an optimal balance. The gut flora, or microbiome, is emerging as one of the most exciting new topics of research and has been implicated in many conditions including diabetes, obesity, digestive disorders, depression, anxiety, heart health, and neurological conditions. Supplementing a healthy diet with a high quality probiotic is also a great way to support a beneficial balance of bacteria in the gut.

Dr. Passero completed four years of post-graduate medical education in Portland, Oregon at one of only four accredited Naturopathic Medical Schools in the country. His Naturopathic training consisted of classroom study equivalent to conventional medical school and included extensive exposure to patients under the guidance of MD’s, Chiropractors, Naturopaths and Acupuncturists. While there, Dr. Passero trained and preceptored with some of the nations leading doctors in the field of natural medicine. (To learn more about an accredited Naturopathic Education, you may visit http://www.naturopathic.org/viewbulletin.php?id=19) Dr. Passero continues his post-graduate training through ongoing participation in continuing education and preceptor-ship with other experts in the field of natural medicine. In addition to private practice, Dr. Passero works with leading manufacturers of natural health products and as a Naturopathic Consultant for businesses interested in bringing natural health to the public in a responsible manner. This work keeps him abreast of the latest medical research regarding natural medicine. In his practice, Dr. Passero focuses on restoring harmony to both the body and mind with a specific emphasis on hormonal regulation and endocrinology. Through education and guidance patients are able to unlock the natural healing power contained within each one of us. He is currently the Vice President of the Maryland Association of Naturopathic Physicians and is an active member of the National Association of Naturopathic Physicians and the Oncology Association of Naturopathic Physicians.